Why prayer appeals to Americans

Originally published in The Christian Science Monitor, May 2, 2016.

For more than six decades, many Americans have participated in National Prayer Day, an event designated by law to fall on the first Thursday in May. But they may have done so with little knowledge of how many others pray or how they pray.

Over recent decades, studies have shown prayer is both widespread and meaningful. A Pew survey released in April, for example, found that among “highly religious” Americans, nearly 9 in 10 say they rely “a lot” on prayer to make major life decisions. For most Christians, regular prayer is “essential” to being a Christian. Even among the so-called nones, or those with no religious inclination, about 1 in 10 turns to prayer for help in making decisions. 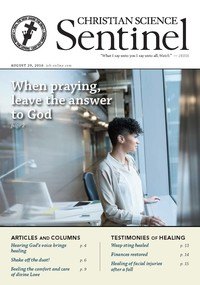