In this year of raucous politics in the United States, there is one thing that all sides seem to agree on—the need for prison reform (see “Congress’s big, bipartisan success that might be just beginning,” CSMonitor.com, October 20, 2015). Although this is cause for celebration, there is still much to be done to address the problem of high incarceration in the United States and a high rate of recidivism. 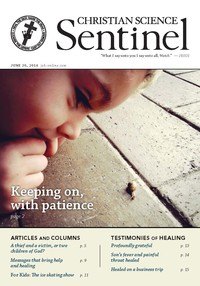