Adapted from an article published in The Christian Science Monitor, August 22, 2016.

Within days of each other in August, two news items about children in conflicts caught the world’s attention. And each in a different way offered a reminder of why focusing on their plight in war is a necessary path to peace.

One was the image of a five-year-old Syrian boy, Omran Daqneesh, sitting with a bewildered look in an ambulance after being pulled from a house in Aleppo bombed by either a Syrian or Russian jet. 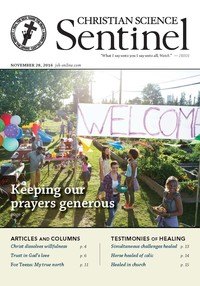