A few years ago I was working as one of numerous computer graphics operators in a large Wall Street firm. Although we were low on the corporate totem pole, the materials we created were an integral part of consummating deals involving millions of dollars; consequently the pressure on us was enormous.

Instead of being supportive, the management was often critical and hostile toward me. I felt I was being harassed. This led to mistakes in my work, and generated even more fear. It became a vicious cycle. Although I frequently prayed about the situation on my days off, by the time I’d arrive back at work, the anxiety would have always returned. 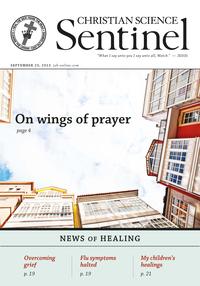