Your Parent loves you

Originally appeared as a blog on JSH-Online.com.

Having known quite a few people who have been deserted one way or another by one birth parent or both parents, I recently began to think about the true sense of fatherhood and motherhood.

A friend of mine was deserted by her husband when her last child, who is now grown, was born. I grew up without a mother. I know family and friends who have grown up without this human love and—truth be told—it hurts to think about it. There is anger when you feel you lack something. You tend to put the blame on the situation. It sometimes makes you so angry that you become jealous of other people. There have been times when I’ve had mood swings and felt sick. But prayer to see God as Father and Mother heals. 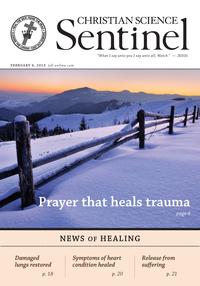