‘This makes us see glimpses of God’

A Norwegian bishop addressing the recent bombing and shooting attacks in Norway said his country has “countered this insane terrorism by demonstrating love and solidarity.” “We have brought out a social capital we maybe even did not know was there. We must rebuild our trust in human beings as fellow human beings,” said Church of Norway Bishop Tor Singsaas of Nidaros at the opening of the annual St. Olav Festival in Trondheim on Thursday (July 28).

On July 22, Anders Behring Breivik bombed a government building in Oslo, then massacred youths at a nearby summer camp, killing 76 people in all, according to law enforcement officials. Since the attacks, Norwegian priests and church workers have joined in caring for the survivors and the victims’ families, with churches opened for people seeking comfort and community.

Send a comment to the editors
NEXT IN THIS ISSUE
Items of Interest
A new era in health care? 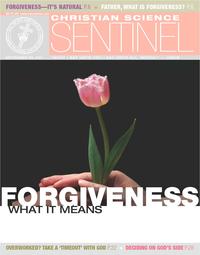