We were playing in the playground at school, and I was the director of our play. There were some logs on the playground. I was using those logs as part of our set. Everyone came to the logs to play with me. Our play was called “The Little Cats.” It was about some cats who had lost their youngest kitten and were trying to find him.

But the play wasn’t working out. The other children weren’t going where they were supposed to go. One “cat” was supposed to be on the right side, and the other on the left. It was all falling apart because the “cats” were going into the middle where they shouldn’t have been! 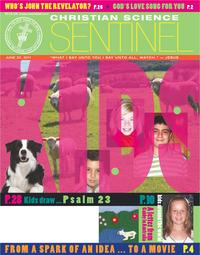