FOR THE PAST SEVEN YEARS, I have served in local government in a lovely seaside town in England. When, much to my surprise, I was elected as a District Councilor, I took up the job with great enthusiasm and expectation. I saw an opportunity to help preserve the heritage of my community, while sharing new ideas with members of the Council and my constituents.

Not surprisingly, my idealized concept of government and the working reality were two entirely different things. Government seems to move at its slowest when you are trying to establish an agenda in which you wholeheartedly believe, yet it moves with the speed of light when the agenda is something you oppose vehemently. On top of that, you have to deal with pressure groups, critical press, opposition members, officers of the Council, and sometimes your own supporters, who each have their own ideas and concerns.

Fabian Craig-Wilson is a professional photographer. 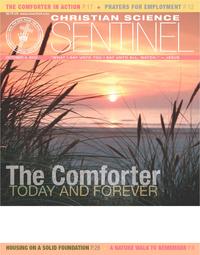