Extremist views, hate groups, and an influence that heals

White supremacist James Wenneker von Brunn was no newcomer to the hate crime scene when he allegedly gunned down a security guard at the United States Holocaust Memorial Museum in Washington, DC. Given his past record, and the ammunition he was carrying, he might have continued randomly killing had he not been stopped by other security guards.

Ten days earlier Scott Roeder allegedly murdered not a random victim but a well-known doctor who ran an abortion clinic. That murder occurred on a Sunday morning as the doctor served as an usher in his church. What the killers had in common, apart from being motivated by extreme political views, was that they both appeared to be acting alone. 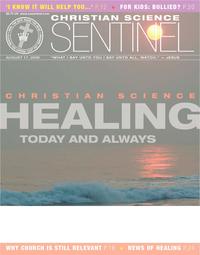