A healing response to immigration worries

Thousands of Africans journey to Europe each year as illegal migrants—trusting their lives to people smugglers, risking trips through deserts, sea crossings, and the possibility of being sent home—all for the dream of a better life. Life expectancy in Europe is 41 percent greater than in sub-Saharan regions of Africa. But an influx of immigrants, particularly during an economic downturn, sets up "foreigners" as easy targets for misunderstanding, fear, and dehumanizing acts.

Nor is unjust treatment limited to those with illegal status. In Europe, there is a perception that national identity is defined more by skin color and ethnic background than the possession of a European passport. Even second-and third-generation minorities are perceived as "foreigners." General ethnic discrimination and an outsider perception block jobs and decent housing for the qualified. Laws have been enacted to prevent such discriminatory practices, but enforcement is difficult. Consequently, as seen in France, resentment and stress brew until they boil over in riots and other forms of civil unrest. In their own way, Italy and Germany have also had issues with immigrants, especially those of other races and cultural backgrounds.

A native of the United States, Michelle Nanouche is a Christian Science practitioner in Saint Germain en Laye, France. 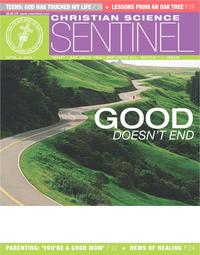