A PUSH FOR ACCOUNTABILITY

THE CHINESE PEOPLE are using the Internet to push for better accountability from government officials. In a recent article, The Washington Post recounted the case of Sun Zhongjie, a young man in Shanghai who got caught in a police sting operation. He was arrested after giving a lift to a man who had flagged him down on the street. Police accused him of operating an illegal taxi and confiscated his van, which belonged to his employer. Sun was fined $1,400 and fired from his job.

People have complained about such shakedowns in China for years. Most simply pay up. Sun, though, protested his innocence. Once online, his story "went viral." As news spread, the outcry prompted an official investigation. When that probe found no wrongdoing, Internet activists erupted. One online commenter wrote: "Why we pay attention to this case? Because there is a law enforcement agency which robs people brazenly and another investigating agency which labels itself fair but lies through its teeth."

Ruth Walker is a writer and editor in Boston. Her many years on the staff of The Christian Science Monitor included assignments as Asia desk editor and as staff correspondent in Germany. 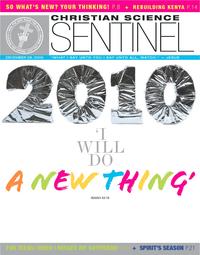