WITH OUR DEEP LOVE and appreciation for years of dedicated and selfless service, the Christian Science Board of Directors announces the retirement of M. Victor West-berg, C.S.B., from the Board of Directors. We will miss his quick wit, healing focus, and quiet wisdom on the Board. "Vic," as he is affectionately known, will continue to teach Christian Science and to conduct his association of pupils, in addition to maintaining a public healing practice. 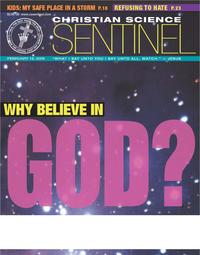