FROM VOLATILITY TO STABILITY

THE DOW opened higher in early morning trading. However, today's session is expected to remain volatile as investors try to make sense of the financial downturn. That recent breaking news e-mail alert is just one small example of the current state of world economic affairs.

So much these days shouts volatility. For example, oil prices. Earlier this year the cost of a barrel seemed to know no limit, skyrocketing to new daily highs on the world market. Then, despite Gulf Coast hurricanes and threats of a cold winter with oil shortages, the price began to decline almost as precipitously, prompting remarks that the fears of some investors about $200-a-barrel crude oil prices were overblown. Then shock waves in stock markets sent prices suddenly surging once again. 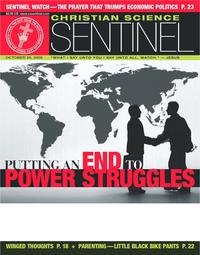