A POLITICIAN who prays

LUIS PAULO CORREIA DA ROCHA is State Assemblyman for Rio de Janeiro. Since first becoming active in politics in 1966, when Brazil was under a dictatorship, he has come to rely on God's guidance to help fellow citizens. After abandoning his former religion, he spent ten years in political hibernation, working as a civil engineer. In the 1980s, Da Rocha decided to participate in his country's democratic constitution, and reentered the political arena. In 1994 he ran for office for lieutenant governor, alongside Marcelo Alencar. Both won the election and governed Rio for four years. In 2002 he won his current post with 65,000 votes.

Many Brazilians are disappointed with politics. Brazil is going through an unprecedented moral and ethical crisis. Our people are not only disappointed, they're also rejecting those involved in politics and considering politicians as running for office only to get their hands on public funds. Unfortunately, this is sometimes true, and it weakens democracy. 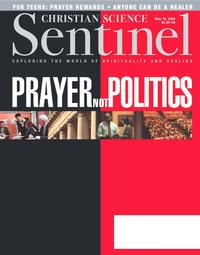