THE IMPROVED theory and practice of religion and of medicine are mainly due to the people's improved views of the Supreme Being. As the finite sense of Deity, based on material conceptions of spiritual being, yields its grosser elements, we shall learn what God is, and what God does. The Hebrew term that gives another letter to the word God and makes it good, unites Science and Christianity, whereby we learn that God, good, is universal, and the divine Principle,—Life, Truth, Love; and this Principle is learned through goodness, and of Mind instead of matter, of Soul instead of the senses, and by revelation supporting reason. It is the false conceptions of Spirit, based on the evidences gained from the material senses, that make a Christian only in theory, shockingly material in practice, and form its Deity out of the worst human qualities, else of wood or stone. 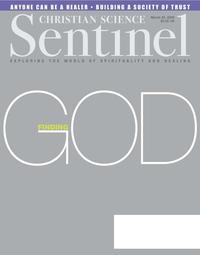