A bright light after war

IT WAS AUGUST 15, 1945. US warplanes had just dropped flyers announcing our city in Japan was the next to be bombed. Our family was out in the garden, burning up nonessential items in preparation for our move to a safer home in the mountains. Among the things we burned was an artificial Christmas tree, along with ornaments we had brought back from England, where we'd lived until shortly before the war broke out.

Later that day, the Emperor announced that our country had surrendered unconditionally. A new age had begun. We were free—free from air raids and free to keep the lights on.

Toshi Morikawa has worked many years as a broadcast journalist at NHK, the Japan Broadcasting Corporation. 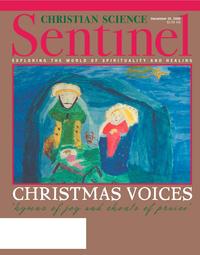