DANCING IN THE STREET

FROM THE DRAMATIC OPENING IMAGES of the fiery 1965 and 1992 riots in South Central Los Angeles, RIZE announces itself as a film that refuses to let go of the viewer until the very last frame. And it doesn't. The grit of the inner city permeates this documentary as vividly as any of the young cast members who blaze across the screen in dance moves that seem to defy the laws of physics.

First, we meet Tommy Johnson, a former drug dealer who reformed while in prison and got out wishing to do something positive with his life. A friend asked him to perform as a clown at a kid's birthday party, and out of such modest beginnings, Johnson, now Tommy the Clown, turned his dance moves and clowning into an original artistic movement that has swept the streets of South Central in a torrent of color, energy, and creativity. The young people who follow Tommy the Clown to perform their dancing truly do rise above the many pressures of the streets.

Send a comment to the editors
NEXT IN THIS ISSUE
SPORTS
FOCUS ON GOD, NOT ON THE RECORD BOOKS 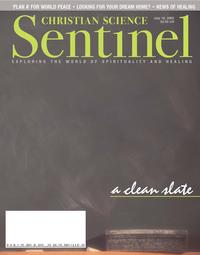