ON MY DESK is a copy of a document given to my grandfather in France following the close of World War I. It was signed by a group of German prisoners who were then under his authority. And it reads: "To the Commanding Officer Paul D. Cook, 1st Lieut. U.S. Armee. The undersigned, in representing the Pris. Of War Labor Co. 89 have to say their thanks for the good and correct treatment, during the time, being a P.W. Is-sur-Tille (France) 15th Sept. 1919." Each soldier signed his name and gave his rank. It's a unique statement of appreciation by a group of prisoners who could have been mistreated, but were not.

Now, 86 years later, it's encouraging to see a worldwide debate about eliminating prisoner abuse in all its forms. The world seems to be approaching the collective realization that torture and coercion are practices that should disappear forever from the earth. In 1984 the General Assembly of the United Nations adopted the Convention against Torture and Other Cruel, Inhuman or Degrading Treatment or Punishment. Since then, no fewer than 176 countries have either ratified or signed this treaty forbidding physical and psychological abuse of people in detention anywhere in the world.

Dave Hohle is a contributing editor and lives in Weston, Massachusetts. 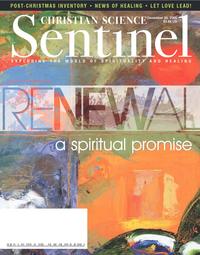