WOMEN ON THE TECHNOLOGY FRONTIER

The author of several computer books and a former chief information officer looks at women's abilities in math and science from a spiritual perspective.

Who could imagine that cooking with natural gas had any connection to women's aptitude in science and math? It was a surprise to me, too.

I read a while back that the presidents of Harvard, MIT, Princeton, and Stanford have publicly disagreed over the extent to which gender limits an individual's potential achievement in the sciences. Are men innately better than women in science and math, as Harvard president Lawrence H. Summers surmised in a private meeting that very soon became very public? 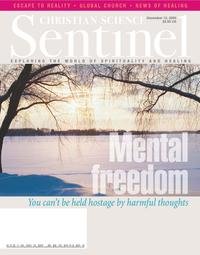