I stopped fighting against my prayers

When she felt stuck with unsaleable property, she had to trust totally in God.

A Number Of Years Ago when our family was moving to California from the Chicago area, we put our house on the market and received two good offers. We chose the higher offer, but for some reason I felt a little uneasy about it. Before the sale of the Illinois house closed, we proceeded to buy a house in northern California and began the process of moving.

By the time we arrived in California, however, the Illinois deal had begun to unravel. Not only did the buyer not want to go through with the purchase, but his strategy for getting out of his contract made it difficult for us to resell the house to the other interested party. The first buyer's lawyer had discovered a mistake in the original survey of the property and informed us that the only one who could rectify the discrepancy was the original surveyor. We called the surveyor's former office and were told that he had retired and moved to Florida. When we asked that office, and other surveyors, to resurvey the property, they refused. Without an accurate survey, it appeared that we might not be able to sell the property at all. This seemed totally unfair. 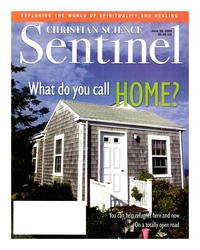