The Pacific Northwest is not as godless as commonly believed, according to a new book that seeks to measure the religious passion of Washington, Oregon, and Alaska. While the region typically reports the lowest percentages of churchgoers in nationwide surveys, there is not necessarily a shortage of believers, said Patricia Killen, editor of Religion and Public Life in the Pacific Northwest: The None Zone.

"We are unchurched, but not irreligious,' said Killen, a Pacific Lutheran University professor. In 2000, 62.8 percent of the people in Washington, Oregon, and Alaska reported they were unaffiliated with a religion, by far the highest percentage in the nation, according to the North American Religion Atlas. Nationally, 40.6 percent answered 'none' when asked about their religious affiliation. 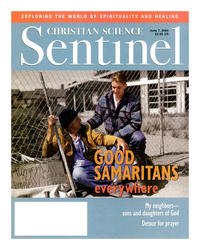