"Last Month , Chinese authorities announced groundbreaking for two churches in Beijing, the first to be built in the capital since the Communist Party took power in 1949, according to the state-run People's Daily newspaper.

"Why is the officially atheist Communist government suddenly building churches? 'That's quite simple: the 2008 Olympics,' said the Rev. Chan Kim-kwong, a historian of religion in China. 'Everything started two years ago when Beijing got the Olympic games.' 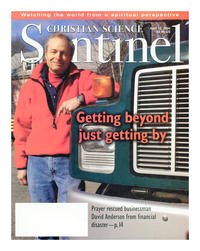