BEAUTY from the ashes

Among those who might be drawing comfort from the designs for urban renewal that will soon bring beauty from the ashes of the World Trade Center site in New York, are two women whose lives were changed forever by the terrorist attacks of September 11, 2001.

One was Cheryl McGuinness, wife of Tom McGuinness, the copilot of hijacked American Airlines Flight 11, which crashed into the north tower of the Trade Center. The other is Genelle Guzman-McMillan, at the time a single mother with two children, whose prayers beneath mountains of rubble resulted in an inspiring story of God's power to deliver His people from any circumstance.

Kim Shippey is a senior writer for the Sentinel. 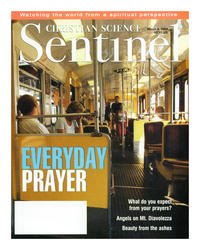