To learn all things

The Children of Bapure, Togo, and the Porta Farm squatters' village near Harare, Zimbabwe, help us connect the dots. Economic and social-development challenges in impoverished countries can seem like abstract art in a world that prefers realism—people wonder, What does it mean that 121 million children worldwide, 65 million of them girls, are not able to attend school?

As a recent United Nations Children's Fund report on the state of the world's children noted, "Too often education is seen as a 'good thing' rather than the right of every child." For every ten children in sub-Saharan Africa over the past decade, six were in school and four were, for various reasons, denied an education—left behind. For every ten young girls in the same region, only slightly more than half were in school. 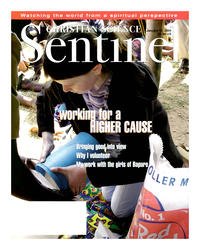