Why would a seriously injured woman choose spiritual care?

ASLEEP AND SEAT-BELTED in her son's car, riding home to New Jersey from New York City in the early hours of March 14, 1999, a woman suffers a serious head injury when her son dozes off at the wheel and their vehicle leaves the road, crashes into a tree, and rolls over.

Trapped in the car, the woman is awake, in pain, and bleeding while a rescue unit spends two hours using the "Jaws of Life" to extricate her from the wreckage. She's rushed to New Brunswick's Robert Wood Johnson University Hospital, where she is admitted to the trauma bay and undergoes a thorough examination and medical evaluation. According to the hospital's records, the woman, by now gradually losing coherence and consciousness, is diagnosed with "head concussion; complex facial laceration." She is sent to surgery for "primary closure of the laceration." She is then removed to the intensive care unit for monitoring. 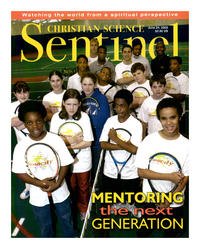