SPIRITUALITY in the public square

with contributions from Peggy Wehmeyer

WHAT ROLE IS THE MEDIA PLAYING in its portrayal of spirituality and religion, and what effect does this have on society? Peggy Wehmeyer joined ABC News in January of 1994, becoming the first network correspondent assigned to report on religious and spiritual issues. Wehmeyer reported for World News Tonight with Peter Jennings and 20/20. Before joining ABC News she covered religious and social issues for ABC affiliate WFAA-TV in Dallas, and previously served as director of public information for the Dallas Theological Seminary. On May 8, the Web site spirituality.com hosted an online chat with Peggy Wehmeyer, as part of the series "Reflections on a Changed World." The participants use their online "names." Excerpts of this discussion follow.

Peggy Wehmeyer: This is a very interesting time in our country for religion and religion coverage. A lot of attention is being paid to fundamentalist Islam and the crisis in the American Catholic Church. The religion news today is very sad and negative. And yet, Americans are on a serious spiritual search. 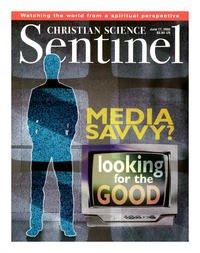