"A LARGE BODY OF RESEARCH shows that healthy marriages protect the well-being of spouses and their children, and that a number of significant social costs are generated when marriages fail. This renewed appreciation for marriage's importance may be triggering some interest in the question of courtship. In the popular realm, a number of new books on courtship, both secular and religious, have sold well. Ellen Fein and Sherrie Schneider's popular 1996 book, The Rules, purports to teach battle-scarred women a practical, non-nonsense script for finding a fabulous husband. ... And Leon Kass and Amy Kass's well-received anthology of readings on courtship and marriage, Wing to Wing, Oar to Oar, offers readers wisdom on the nature of courtship and marriage culled from 5,000 years of the Western tradition. The success of these books indicates a yearning among many young people for clearer and more effective pathways to marriage than the culture now provides. The spread of marriage education, in both schools and religious communities also suggests that the case for courtship is not completely closed." 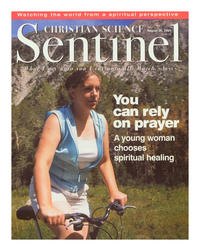