One effort for peace has its roots in a Palestinian's refusal to hate.

News From The Middle East often overlooks the efforts toward peace and understanding that people living there are making. One such effort has its roots in a Palestinian's refusal to hate.

Hussein Ibrahim Issa was a child when his parents' farm was confiscated by the Israelis during the 1948 war. His father died within a year, leaving the family in a Palestinian refugee camp south of Bethlehem. Instead of bemoaning these hardships, Issa endeavored to cross the cultural divide so he could understand Jewish people better. 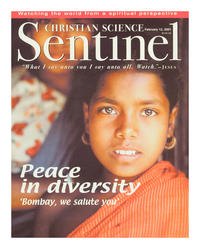