Following World War II, on December 14, 1950, the United Nations created a High Commission for Refugees to help resettle about a million people who had been displaced by war. Fifty years later, the commission is still hard at work trying to help the roughly 22 million people around the world who are refugees.

The increase in refugees stems largely from the breaking down of national borders between states—for example, the disintegration of the former Yugoslavia, the wars in Southeast Asia that drove many people from their homelands, and continuing instability in Africa. 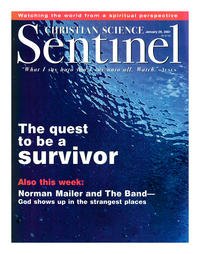