A kick for the classics!

I remember listening to classical music that my dad used to play on records when I was young. It was something I'd always heard, but when I was 11 years old it absolutely captivated me. At this time of my life, I wanted to become an opera singer. Since I was too young for voice lessons, the teachers at the music school told me to begin playing an instrument and then switch to voice, so that my voice could mature. I decided to play the flute because it seemed to me that the flute was capable of producing singing-like sounds. I fell in love with it and have not left it since.

Now, after years of studying classical music, I am starting to understand its deeper meaning. I've realized that it's the relationship we have with the composers that makes the music so fresh each time I hear it. This freshness is brought about by the innumerable values and feelings found in music. In many cases, composers wrote music for people our age, people who have the same feelings and experiences we do. It doesn't matter if it was written centuries ago, because music is timeless—as timeless as Shakespeare's words. For instance, the theme of love found in Shakepeare's Romeo and Juliet is also felt in the symphonies of Brahms and Mahler. The inspiration these composers had when creating such beautiful masterpieces is an expression of Soul, or God—which is why there is always a public who appreciates them. Their music is capable of transmitting emotions that words could not describe. 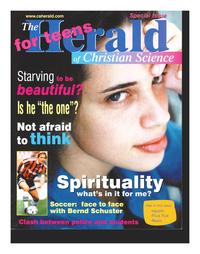