On November 6, 1998, The Herald of Christian Science Spanish radio program won a second-place medal at the "Fiesta de los Medios," in Buenos Aires, Argentina. This award is a very prestigious one and is similar to the Emmy awards in the United States. It is exclusively for radio and television. The Herald was selected for this honor out of about sixty-five programs nominated in the category of religion. The program was originally submitted for nomination by the station manager of the radio station in Buenos Aires, Argentina, that broadcasts the Spanish Herald.

In addition to shortwave broadcasts, the Spanish Herald is currently being rebroadcast locally in three countries—the United States, Argentina, and Uruguay. 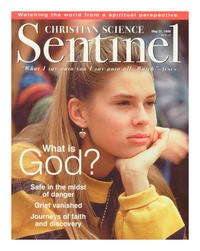