Helping to keep our kids safe

"There is no shortage of efforts in homes, schools and communities to discourage teenagers from taking drugs, smoking, drinking or having sex. The question is, What really works?" (Susan Gilbert, The New York Times, Sept. 10, 1997)

For years now, many of the most serious problems confronted by teenagers have been considered almost beyond the reach of any real solutions. Peer influence and pressure are so powerful in molding the behavior of teenagers, or so the generally accepted wisdom has argued, that there is little hope that parents and families can have much positive effect. But take heart, moms, dads, grandparents. There's plenty you can do, according to a recently completed study of 90,000 young people in United States. 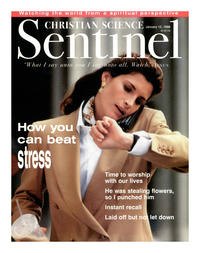