Proofs of God's care: are they miraculous?

When miracles are reported in the media or elsewhere, many people are inspired to acknowledge greater spiritual possibilities. Others remain skeptical of, or even hostile to, the concept of God's saving power.

Miracles are so called because they occur outside the realm of any physical laws. Healing through Christian Science might appear to some to be miraculous. Yet while it is true that such healing arises from a realm and power outside so-called physical laws, it is not miraculous. It is the outcome of known spiritual laws. Any person can understand and practice these Christianly scientific laws as set out in Science and Health. 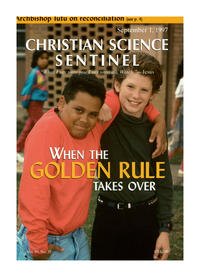