Women's issues continue to be of widespread interest in the world today as evidenced by the United Nations Fourth World Conference on Women held two summers ago, the gender discrimination issues argued before courts of law, and women's increasingly influential role in politics. For many, this interest indicates a desire to bring more freedom, justice, and compassion to women.

Many of the struggles facing women have their root in false concepts of woman's origin, identity, and purpose. For example, in the second chapter of the Bible's book of Genesis, the story of Adam and Eve portrays woman as a second-class citizen, subservient to man because she was created after him and made from a part of him. 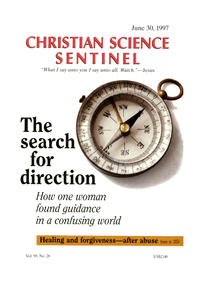