Gaming: a benefit or a blight?

Gaming in some form—in which money and valuables are bet in games of skill and chance—has been around since 1300 B.C. Game boards and accessories have been found in the tombs of Egyptian royalty. In 200 B.C. Romans used the same type of dice used today for betting. The earliest state lotteries are said to date from A.D. 1520 and were conducted in France. Centuries later, the American Colonies used lotteries to raise funds for colleges, schools, churches. And during the Civil War, keno, which began far back in Chinese history, amused tired soldiers. 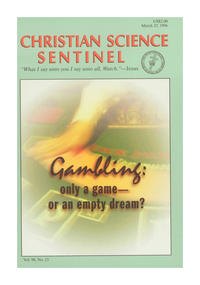