A Friend was recalling a particularly busy day not long ago. Right after work he needed to attend a meeting in another town. He noticed on the way to his destination that his car was running low on fuel. Stopping and refueling, he thought, might cause him to be late, but if he didn't stop he risked not getting there at all. He chose to refuel.

As it turned out, he wasn't late after all. Still, he commented that it would have been ideal to have refueled the car while it was moving! He said (half seriously) that he wished cars had the same in-flight refueling capability that some airplanes have. That way he would never need to stop!

Send a comment to the editors
NEXT IN THIS ISSUE
Editorial
Whose side are you on? 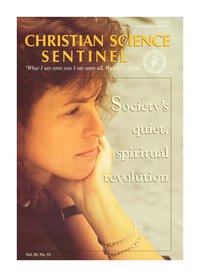