In this week's column we discuss Bible literacy with a teacher of New Testament interpretation.

Under the intriguing title "Who Was Noah's Wife?" an editorial in The Christian Science Monitor (October 20, 1994) remarked on the disturbing ignorance of the Bible revealed by a Barna Research Group survey in Glendale, California. Ten percent of adults surveyed agreed that Joan of Arc was Noah's wife, and 16 percent were sure that the New Testament contains a book of Thomas.

After citing further revelations, the Monitor said: "A reader can only wonder what percentage of participants shrugged their shoulders and said in effect: 'What does it matter?'" 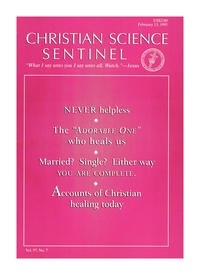