The good news about sin

It's a wonderful feeling to know that sin has no hold on you, that your true nature is good.

The way things were going in my life many years ago, I was convinced there was nothing I could do right. Making mistakes just seemed to come naturally to me. I was convinced I was a loser because I was a sinner. But something inside me kept rebelling at that concept. So although I was a pretty active sinner, I was at the same time a hopeful one—meaning, I always felt I would some day get things figured out and discover that I wasn't so bad after all.

My religious background drummed into me the notion that sin is some sort of indelible blot on your record, like a wound on your being that has left a permanent scar. You could accumulate these wounds and scars, and eventually you could be so covered with them that your whole identity would be obliterated. If that happened, you were considered so lost that there was no alternative but to suffer in the fires of a supposed afterlife hell. 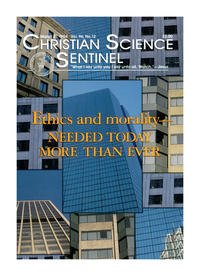