"There are no accidents in God's kingdom"

The prime witness, an off-duty employee of a local ambulance company, had described the impact as throwing me so that I landed on the pavement on my head. He immediately called 911 on his cellular phone, moved his car to block traffic so as to protect me, and rushed to my side. He cautioned me to lie still, explaining that I had a large head wound that was bleeding generously, and that I must certainly have also received other injuries.

Send a comment to the editors
NEXT IN THIS ISSUE
Testimony of Healing
How wonderful it is to wake up each day with joyful expectancy... 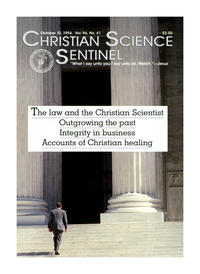