The other day someone commented about how depressed he felt after watching one of the evening newscasts. Others have mentioned an increasing grimness and oftentimes a bizarre nature to the stories they see on some news programs. According to an article in which certain longtime journalists and news executives were interviewed about the news in one particular city, that's a direction some news programs are consciously taking.

Many of those interviewed agreed that an important consideration as to what will be included in a program is how shocking or sensational a particular story (or the accompanying pictures) might be. One reason given is increased competition for viewers. Another is the perception that most viewers have an insatiable appetite for the tragic and sensational. Regardless of the reason, the result, one journalist confided, is a nightly portrayal of a dangerous, disease-plagued city that bears little resemblance to its actual condition. 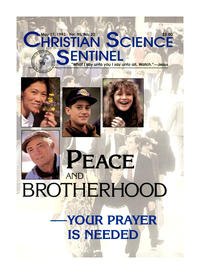