There is an urgency

Paul was on fire with Christianity's truth, its transforming power. This truth had changed him, and must change the world.

It seems almost unimaginable that an individual could act on this conviction to the degree that Paul did. He gave up what he had been doing and embarked on an active ministry of Christian healing. Nearly single-handedly he began inspiring the formation of Christian churches and nurturing them to spread Christianity's message. 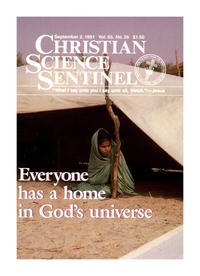