The failure of egotism, the success of Christ

The victory over sin and suffering begins with the defeat of the human ego.

Sometimes egotism takes the form of a feeling of superiority and, other times, of inferiority. The two go together.

For if one feels superior to some, he usually feels inferior to others, and vice versa. Both, however, stem from an acceptance of the notion that there is an ego separate from God. 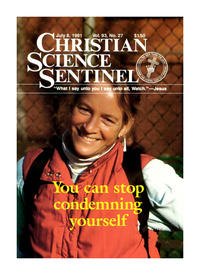