The love that reconciles people and nations

Something has happened that wouldn't have seemed possible at one time: Germans have raised generous funds to buy food for their Russian neighbors. Reports indicate that this was the largest assistance program carried out in Germany since the Berlin Airlift that began in 1948, when several nations saved the city from economic collapse caused by a Soviet blockade.

Today throughout Germany, businesses and individual citizens are working together to offset Russian food shortages. Such humanitarian responses suggest something of what can be done in other parts of the world facing shortages. 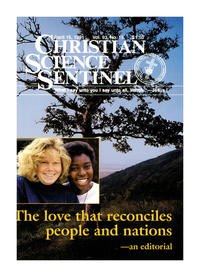