On the fast track, meekness isn't one of the qualifications you hear a lot about these days. Interviews for corporate executive and government positions don't usually begin with questions designed to elicit an applicant's degree of meekness.

On the other hand, "gutsiness" and self-assertion, of a certain kind, are likely to be prized. Freewheeling subordination of subordinates, by both men and women, appears to be in style. According to a recent New York Times piece, "whistle-blowers" who don't go along have sometimes been subjected to subtle, and not so subtle, harassment, including being remanded to a psychiatrist. The New York Times, August 6, 1989. 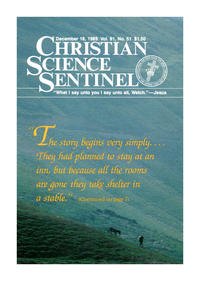