Drugs—does paradise come in a pill?

Pleasure that turns into pain is obviously no longer pleasing. Don't we all yearn for the genuine satisfaction that can only be found in God?

Drugs that alter human consciousness present a distinct temptation to many people. I know; it happened to me.

When I was first tempted to try drugs, I believed they had something positive to offer. I thought they would add a new dimension to my life and would bind me with a popular group of people. And my friends encouraged me by suggesting that I was missing out by not at least trying drugs. So I went ahead. But I became caught up in something I hadn't bargained for. 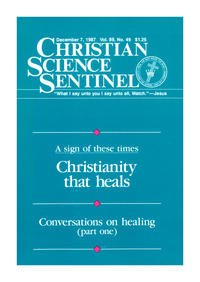