When John Quincy Adams, sixth President of the United States, was defeated for reelection, it seemed his public career was at an end. The former United States Senator, Minister to England, and Secretary of State had from the age of fourteen served his country with great distinction. Certainly he richly deserved satisfying retirement.

To Adams, however, the prospect loomed ominously. He may have rebelled at the thought of idleness and decay. Perhaps he could see scanty opportunity for further service to the public. And his financial position was precarious. As it turned out, Adams was at the threshold of one of the most fruitful periods of his life. His neighbors elected him to the United States House of Representatives. After having held the most prestigious positions in American government, Adams served the remainder of his life in this humbler role. Yet those seventeen years proved to be one of the most influential and productive periods of his long and devoted service to his country. 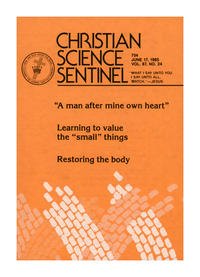