He was very discouraged—lonely, half a world away from home, in a primitive country, separated from a family who needed him as Dad. And he, in turn, yearned for the love and comfort of family.

His new job was not going well. One unpleasant surprise after another. A few weeks before, in Europe, he had discovered a "corporate conspiracy" within the international company he had just joined as the new senior executive. And now, here in a country in the developing world, he had been advised by his auditors that his employees had been bribing government officials. He also had learned that his managers were not paying the company's bills. He saw an unending series of tough problems stretching out ahead of him. 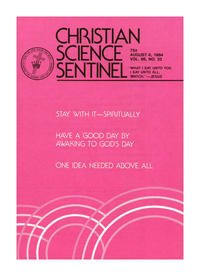