Baptized of the Holy Ghost

To the Hebrew people of ancient Bible times, water was a most vital resource. Theirs was an arid land where water held such precious importance that it naturally became a significant symbol in their culture and religious life.

In the New Testament era John the Baptist widely practiced baptism with water as a rite of purification and as a symbolic indication of individual repentance. Yet John himself pointed to a higher, more spiritual sense of purification when he spoke of the Saviour's mission. According to John, the Messiah would come baptizing "with the Holy Ghost, and with fire." Matt. 3:11. 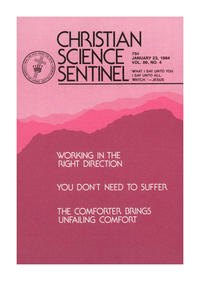