As the new Clerk of The Mother Church, Mrs. Jenks succeeds Robert H. Mitchell, C.S. B., of Edinburgh, Scotland, who was appointed Publisher's Agent, effective January 19. Mr. Mitchell is a Journal-listed practitioner and a teacher of Christian Science. Before his appointment as Clerk in October 1978, Mr. Mitchell served as Committee on Publication for his area, and subsequently, from 1969 to 1973, was a member of The Christian Science Board of Lectureship. 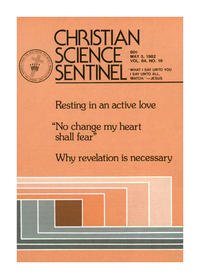