This book reminds us again of the challenges faced and overcome by the dedicated members who were involved in the construction of the Original Mother Church and the Extension a few years later. Two previously published accounts, The Mother Church by Joseph Armstrong and The Mother Church Extension by Margaret Williamson, have been combined. In addition, new photographs have been included of the work in progress during construction of the two church buildings, and a brief epilogue describes the portico entrance to the Extension. The color pictures of the windows in the Original Edifice are included, as well as a single aerial color picture of the Christian Science Center as it is today. 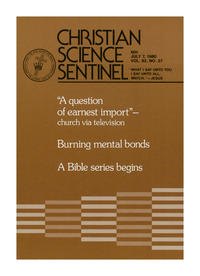